TSF Academy return from Dallas Cup 2019 with their heads held high competing against some of the best teams around on one of the most prestigious stages of them all.   When you look around the fields at MoneyGram Sports Park, attend the Opening Ceremony and look back at the players that have graced this stage, only goes to show our proud we are to have six teams competing at the event for the 3rd year running.

In 2019, TSF Academy 2001 Boys became the second team in club history to reach the Semi-Final stages with a 1-0 victory over #1 ranked team (as per GotSoccer), Santa Clara Sporting in the opening game setting the team up with the confidence and belief they needed to progress from the group stages.  A late penalty to beat ID Lancers in the 3rd group game was enough to secure a quarter-final birth after a 1-1 tie with Ikapa United (South Africa). 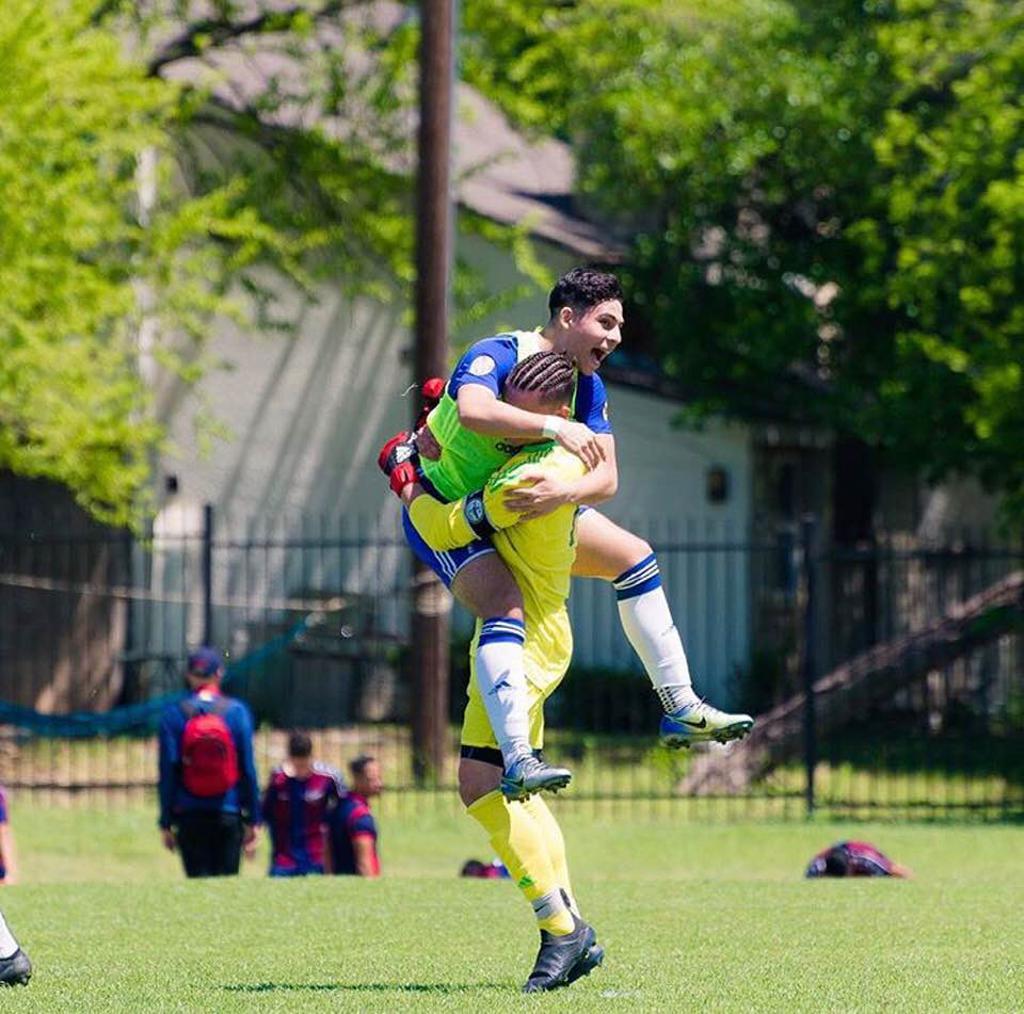 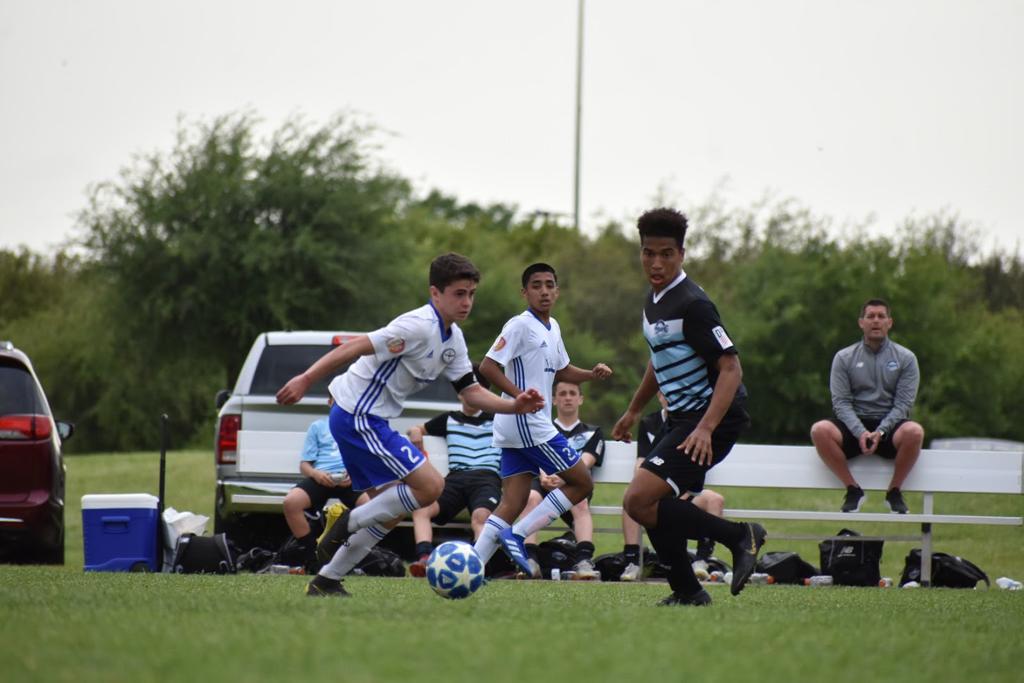 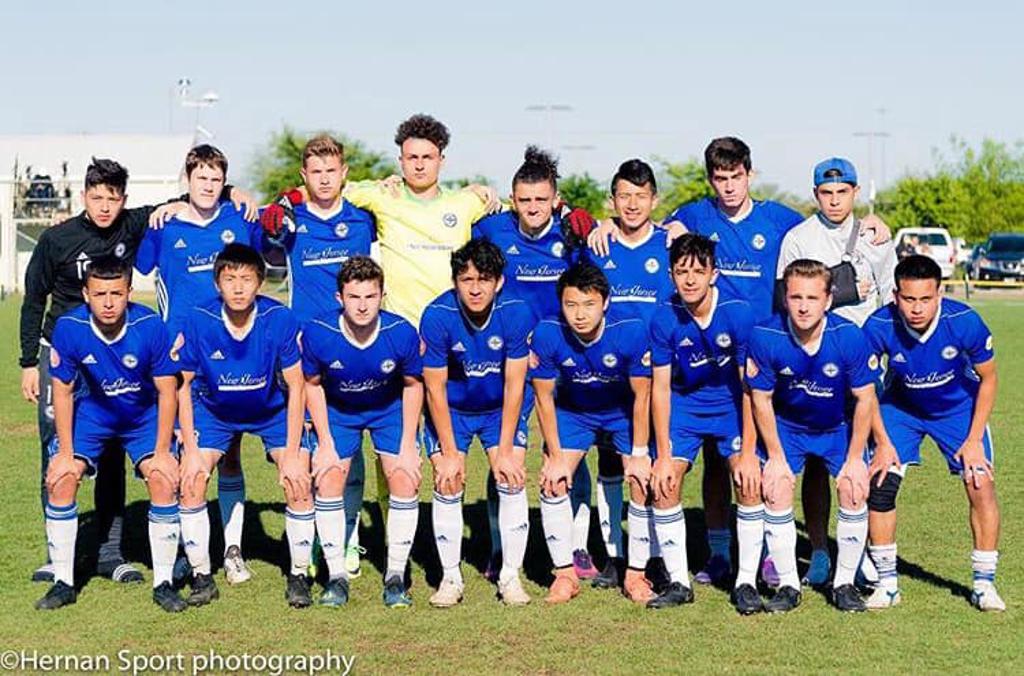 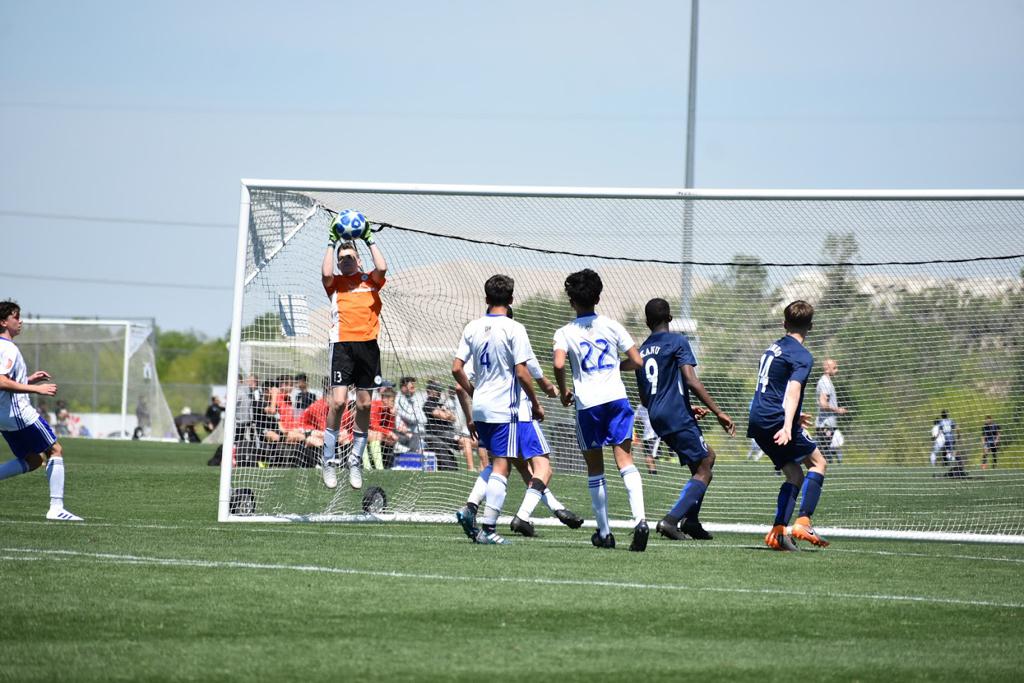 A thrilling end to the Quarter-Final against Texas locals, RISE SC saw captain Danny Di Marco save 3 pk's after a 0-0 tie in normal time to set up the semi-final against Maplebrook Elite.

In the Semi-Final, the scored tied 0-0 at half-time and an unfortunate turn awaited the team as captain marvel Di Marco from the previous tie had to withdraw from the game due to illness with outfield player Jason Pinilla stepping up for the team, only for the team to fall short in a 3-2 defeat.

Coach Julian Richens said afterwards "The boys were out on their feet after 5 games in 6 days, we were unlucky with some injuries, dislocated shoulder, broken collarbone, knee issues and obviously Danny's illness in the Semi - but the boys continued to fight, worked hard and I can't be anything but proud for the work they put in.  The courage they showed and the resilience to put in the performances they did shows the quality of the team, and we will kick on from this for the rest of the season."

Elsewhere, the 2005 Boys team needed a win their final group game to progress to the Semi-Final in the U-14 Univision Deportes Super Group.  The U-14's secured back-to-back 1-1 ties, first against Atlante (Mexico) and then against eventual champions, Eintracht Frankfurt (Germany).   Unfortunately the final step was one too far and suffered a 3-1 defeat against finalists LA United.  Boys Director of Coaching and Head Coach Lee Bakewell commented "This was an unbelievable experience for the players, to come and compete at this level and get so close will only strengthen this group of players for the future.  We showed good passages of play and great discipline and focus to put ourselves in a strong position to progress and i'm confident the boys will learn a lot from bring here together and playing these teams will help them finish the season off well."

The 2003 Boys started off with a 1-1 tie against opposition from Costa Rica before falling 2-1 to Central California Aztecs in the 2nd game.  The 3rd and final group game was tight for 72 minutes at 0-0, but a final push to get the result ended with FC Dallas North team clinically finishing their chances in the last 10 minutes to finish 3-0, keeping their 100% record and progressing the the quarter-finals.

The 2002 Boys endured a very tough start against Bechem United FC from Ghana, before battling out a 0-0 stalemate in the 2nd game against Academy opposition FC Golden State.  Solar South awaited them in the final game and with the game balanced to go either way, the local Texas team managed to secure the 3 points with a 2-1 victory.

The 2004 Boys, returning to the event for the 3rd successive year were unable to acclimatize to the conditions in the opening game against Kent Schools FA from England, before fighting for every moment to a 0-0 tie against DA team Boston Bolts before moving on to play FC Dallas in the final game of the group.

Despite disappointing results, Head Coach Lee Bakewell added "After the first game, we sat down together and spoke with the boys about what is expected and required and we felt they let themselves down in the opening game.  However, the reaction we got from the boys in the next two games is exactly what we expect and even though we are all disappointed when we don't win games, I couldn't question their desire, their passion or work-rate to compete against some very good teams.  We have a lot to work on and improve upon and it's been a tough spring so far, but these boys will come through it stronger and be better for it."

In their first appearance at Dallas Cup, 2006 Boys were exposed by 3 quick-fire free-kicks against eventual finalists Angeles SC in the first half before responding to make it 3-2 before conceding a goal at the end of the game.  Performances improved throughout the tournament as the boys began to adjust to the high winds and level of competition and return to New Jersey ready to take these lessons and build on them for the remainder of the season.