TSF Academy are excited and proud to be announced as a founding member in the new elite platform being created in collaboration with Major League Soccer.

The new platform will consist of elite year-round competition as well as coaching education opportunities, player identification initiatives and programming to create the ideal environment for elite player development.

Leaders from across the soccer landscape, combining MLS academies and elite academy clubs, will collaborate in co-creating the structure of the platform.

The goals of MLS and non-MLS academies are deeply aligned – to improve the game in our country and provide our players with a year-round, high-level competition, and ultimately develop professional players.

The structure and guidelines for the new collaboration effort will be announced at a later
date.

The 65 youth clubs will join the MLS academies as Founding Members of MLS’ elite player development platform. The new platform, which will include more than 8,000 players throughout the U.S. and Canada, will consist of elite year-round competition, as well as player identification initiatives, coaching education opportunities, and additional programming to create the premier player development environment.

The platform will operate with a groundbreaking governance structure that promotes collaboration, innovation and input across all areas of the soccer landscape. Within the structure, technical working groups will provide recommendations on the platform’s strategic objectives and standards, outline competition guidelines and formats, as well as introduce platform programming. By unifying the elite player development landscape and creating a collaborative structure, the new platform will accelerate and enhance player development in North America.

With a focus on maximizing each player’s potential, the new development platform will not only provide high-level, year-round competition for players, but will provide important programming, education and innovation in the key areas of player development:

“There is strong positive momentum and excitement among MLS club academies and elite academy clubs to co-create a platform that will deliver an unparalleled experience for the nation’s top players and clubs,” said Fred Lipka, Vice President and Technical Director of MLS Player Development. “The development of professional and elite players requires a comprehensive and integrated approach, beyond just the competition format, and we are having daily conversations with academy clubs across the country who are committed to building that environment with us.”

The elite academy clubs that are Founding Members of the new platform have also been leaders in the development of players for college, MLS and the national teams.  Combined, MLS Academies and the elite academies joining the platform have produced more than 90% of the U.S. Youth National Team players in the last year, making the new platform the top destination for the best young players in North America.

With the launch of this new platform, MLS and the elite academy clubs will not only continue to develop world class players but will create a world class soccer development culture that supports and inspires elite players throughout the countries.

“The Sockers FC Chicago organization is excited about this great opportunity to collaborate with MLS, in the development of this new competition platform,” said David Richardson, Sockers FC Chicago Technical Director. “In our soccer communities we feel that our work as leaders of Elite Academies alongside the leaders of MLS Academies will help to shape a world-class soccer culture in our country. This will be a benefit to all that play, coach, referee, and support our game from the grassroots to the professional level.”

“Major League Soccer’s inclusive approach to the greater soccer market is the most exciting aspect of this movement,” said Ryan Miller, Portland Timbers Academy Director. "This new competition will continue to provide a platform for the top player development clubs in the country to get the most meaningful games. Elite player development requires the highest level of competition and this platform will provide that.”

Applications for additional clubs to join will be available in the coming weeks. More information about the competition structure as well as the platform’s official brand will be announced at a later date.

TSF Academy Technical Director, Lee Bakewell commented “Under the new platform created by Major League Soccer and guidance, we can only see a huge benefit for our players in their overall development. The level of competition in our region has always provided good challenges but we feel the new platform will create a genuine purpose and drive behind competition – leading to the challenges that the players need to face in their development.

We are extremely excited to be among one of the founding members and make sure the next generation of players in our community are given a genuine platform, opportunity and platform to both perform and compete.

There has always been such huge potential for soccer in this country, but I truly believe that with all the good people involved in helping move quickly to put this platform together, the support of Major League Soccer and those genuinely invested in player development, the future is bright and we are looking forward to getting underway in this new competition."

Competition structure and guidelines to be announced at a later date. 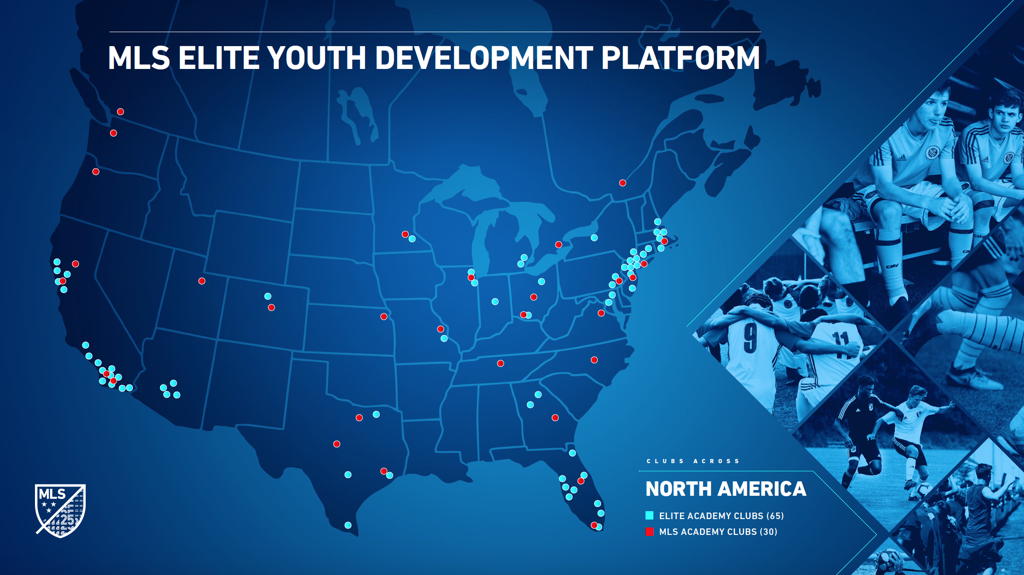